In our ongoing mission to nurture new work, every season we select two artists for a year-long residency with Abingdon. Each artist receives free rehearsal and office space, supplies, access to printing, mentorship, and a modest stipend to work on their craft. 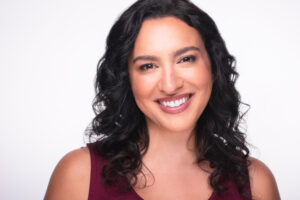 Jenn Susi is a NYC based director and arts educator born and raised in the Bronx! Jenn has been directing and developing work all over NYC including Theatre 54, 13th Street Repertory Theatre, Stay True, an LGBTQ+ Theatre Company, and Nuyorican Poets Cafe where she was a “Best of Fest” winner. Jenn is also a member of Lincoln Center Theater Directors Lab. In addition to her professional work, she has had the privilege of directing youth artists in the Bronx as well as developing arts programming in NYC public schools for over a decade. Jenn’s mission has always been to combat the marginalization of casting in the theatre; for everyone to see themselves in her stories no matter race, gender, sexuality, or disability and to reflect the human experience in the most truthful way. In these unprecedented times, Jenn continues to explore new platforms for theatrical storytelling and to create and share art in meaningful ways!

Dolly Sfeir grew up in Lebanon. She has worked with renowned artists such as Robert Moses and Kate Hutter. Sfeir was awarded a creative residency with Jacob’s Pillow, as well as two choreographic residency with Mare Nostrum. Her choreography has been presented at numerous stages in NYC such as Alvin Ailey City Theater, Laguardia Performing Arts Center and Actor’s Fund, and was part of numerous festivals such as The McCallum Theatre Choreography Festival, Nuvu Festival, Awakenings and Beginnings, and Bridge for Dance. Sfeir was awarded a College of the Arts Scholarship from CSU Long Beach to receive her Dance BFA. She is excited to be one of the artists in residence for the new season with Abingdon Theater Company.

Emma is from Glasgow, Scotland where she grew up performing and eventually earned her BA Honours in Music from the University of Strathclyde. After a few years of performing in Scotland she moved to NYC to further her eduction and in 2015 graduated from the Musical Theatre Conservatory programme at the New York Film Academy. Since graduating Emma has toured the UK in productions of Aladdin and Dick Whittington, worked for both Disneyland Paris and Disney Cruise Line and she also spent time in China, music directing original musicals across several schools. Her most notable roles to date include ‘Florence’ in Chess and , ‘Nettie’ in Carousel, both at the American Theatre of Actors. In 2018, she was honoured to perform in Abingdon Theatre Company’s production of Closer Than Ever, honouring Donna Murphy and recently starred alongside West End and Broadway star, Kerry Ellis, in Movies to Musicals at the Glasgow Royal Concert hall.

Born and raised in Guadalajara, Mexico. Fernanda found her passion for theatre at a young age and tried to find every class and program possible in her hometown. In 2013 she decided to move to the US in order to broaden her performing arts horizons. She attended the New York Film Academy conservatory program for Musical Theatre and Film Acting; in which she studied under Chad Austin, Deidre Goodwin, Michelle Potterf, Nathan Brewer, Kevin Duda, amongst others.She has performed in California and New York City. Her credits include The Wedding Singer, Anything Goes, Bye Bye Birdie, Across the Universe, 13, the Musical and the original play A Night With the Dead. 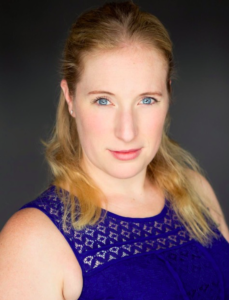 KT is an NYC Based Actress and Choreographer. Originally from the UK, KT has an extensive background in theatre, film and dance. KT trained at Italia Conti Academy Theatre Arts in London, London Studio Centre and the New York Film Academy. KT has performed in shows like Calamity Jane, Spring Awakening, A Chorus Line, Oliver!, Annie, Once Upon A Mattress to name a few. KT also for two years played Elphaba at The Gershwin Theater in the Passport to Broadway’s “For Good” Performance Workshops inspiring young women through the arts. Keen on the ever changing scene of both dance and film KT created under the direction of Chad Larabee her Tap Documentary “In Rhythm” which has gone on to win awards at film festivals across the US and UK. Coming from a theatrical family background KT has performed, directed and choreographed both in the US and in Europe where she always encourages up and coming artists to develop their craft through her master classes and workshops. Recently KT directed and choreographed the 45th Anniversary Gala “Legacy” which involved West End Artists, Community artists and young performers in her family’s UK Theatre school celebration involving over 150 performers. KT has a particular passion for new works and bringing them to life on stage and screen and loves what a new rehearsal process always creates. A true artist who is never afraid to turn her hand to anything as KT always believes in her motto on life “There is no such word as Can’t in the dictionary – only I CAN and I WILL!”.

Anne-Marie Pietersma is a NYC-based actress and theatremaker.

She recently debuted her one-woman show “Mild to Wild: A Look at Relationships Through Cheese, Beer, Wine, and Musical Theatre”, and performs improv and sketch comedy regularly at UCB and The PIT. She has trained at Penn State University, The New York Film Academy, The National Theatre Institute, and her plays “With A Kiss I Die” and “36 Acres” were featured and workshopped at the Iowa Writers Festival and The O’Neill Theatre Center.

Anne-Marie has a passion for bringing new work to life, and using comedy and empathy to tell stories.

Originally from Houston, TX,  moved to New York to attend Marymount Manhattan College and develop a career in arts and entertainment.  He has performed original plays at Playfest with the Texas Educational Theatre Association in Austin, Texas, The Festival of New Works: Tisch School of the Arts at NYU, TUTS at The Hobby Center for the Performing Arts, and acted with the Houston Tidelanders at the Wortham Theater Center in Houston, Texas.  He has worked with Opera Oggi New York,  as a play respondent for  The Arkansas State Kennedy Center American College Theatre Festival, and developed the Theatre Arts Program at The Church Without Walls Summer Enrichment Camp in Houston.
He is currently acting in his 11th season with  Metropolitan Opera. Appearing  in over 45 productions, including company debuts of Thomas Adès’ The Exterminating Angel, John Adam’s Nixon in China ,  and John Adam’s Doctor Atomic. Including over 25 appearances in the companies HD Broadcasts streamed live in over 60 countries and  on Great Performances at The Met on PBS.  Also starring regularly in Lady L’amour’s Final Bow, at Duane Park.
Additionally he has worked on print and commercial projects with companies like  Pepsi, The NFL, Gant, Stella Artois, Bring Change to Mind , The Discovery Channel, Fujifilm, and Jungle Wild Productions. 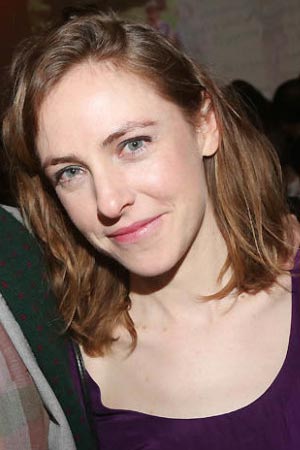 “Having the time, space, resources, and support of a residency at Abingdon is helping me grow as an artist. Instead of racing to the finish line, I am marinating, allowing all kinds of flavors to seep into a slow cooked play.”

A playwright and performer based in Brooklyn, Bent is a New Georges Audrey Residency artist and has been a SPACE on Ryder Farm “Working Farm” resident writer, a MacDowell Colony fellow, a Target Margin Institute Fellow, the recipient of an LMCC Process Space grant, a Bay Area Playwrights Finalist, and an alum of Project Y Playwright’s Group and TerraNova’s Groundbreakers group. Bent is a former senior editor at American Theatre magazine, where she still writes, a performer with the Obie-award winning company Half Straddle, and an adjunct lecturer at Brooklyn College where she received an MFA in playwriting. Her plays include: On a Clear Day I Can See to Elba (New Ohio’s 2016 ICE Factory), The Beyonce (Breaking String Theatre, 2014 Payne Award for Outstanding Theatrical Event), Blue Wizard / Black Wizard (Incubator Arts Project / Other Forces 2014 festival) and The Hotel Colors (Bushwick Starr, L magazine’s 25 best stage shows of 2013). Hybrid Events: Real Talk / Kip Talk (Abrons 16/17), Toilet Fire (runs at Abrons Arts Center, the Brick and JACK, Time Out New York Critics’ Pick 2015), Karma Kharms (or Yarns by Kharms) (Target Margin 2012 Lab at Bushwick Starr), and Pen Pals Meet (Iranian Theatre Festival at the Brick 2011). As an actor Eliza has appeared in Celine Song’s Tom & Eliza, directed by Knud Adams, and has voiced a few characters in Pokemon. With Half Straddle: Ancient Lives, Seagull (thinking of you), Football, Nurses in New England, and The Knockout Blow. Also, various appearances as Mark Twain (Twain on a Plane, in development) and O’Lynne in Toilet Fire, Fire the Hire, and Asleep at the Wheel. 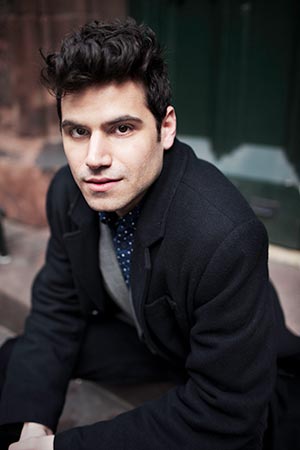 “What excites me about my residency with Abingdon is having the time and support I need to fully develop this play from it’s very first draft to a workshop production. After a series of readings, Abingdon will provide me with the actors, rehearsal time and space necessary to take my process beyond the table and get this play on its feet — all while giving me the opportunity to connect and engage with a wide community of artists and theatre-makers along the way.”

Joey is the founder of the nonprofit theatre company, Wolfpack Theatrics. He is an actor and playwright who has worked all over the world including Ghana, where he completed a documentary on the illegality of homosexuality called Voices, and Greece, where he took part in a collaborative residency that focused on creating public art installations and theatre with Athenian activists and students. Recent productions of his plays include: The Witch of St. Elmora Street (Access Theatre) and This Boy Cometh to the Mountain (Rough Draft Festival.) His play Love of Men Ferocious was a semi-finalist for the Eugene O’Neill National Playwrights Conference, and he has worked with The Lark, Dixon Place and Westport Country Playhouse. His writing has been featured on OUT.com and his poetry has been presented at the Hearts on the Wall, All Boats and Siren Den salons. He currently resides in Washington Heights. 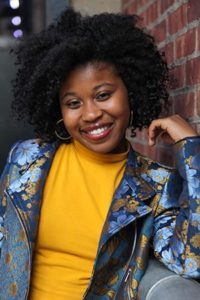 A Brooklyn native, and accomplished spoken word poet, playwright and stage actress, Dominique currently stars as “Darlene” in HBO’s critically acclaimed drama series The Deuce. TV credits: HBO’s Show Me a Hero as “Billie Rowan,” The Affair (Showtime), Blue Bloods (CBS) and Royal Pains (USA). Dominique is currently in production on FOX’s feature film The Hate U Give, which is based on the best-selling young adult novel of the same name. She also recently wrapped production on the leading role of Angel in Jordana Spiro’s Night Comes On, which is due for release in 2018. Additionally, she has toured internationally, with performances at the White House, the United Nations in Switzerland and as part of a TedX Talk. Her groundbreaking original one-woman show, Subverted, was nominated for an Innovative Theater Award for Outstanding Solo Performance. 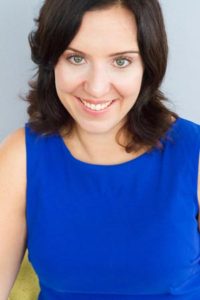